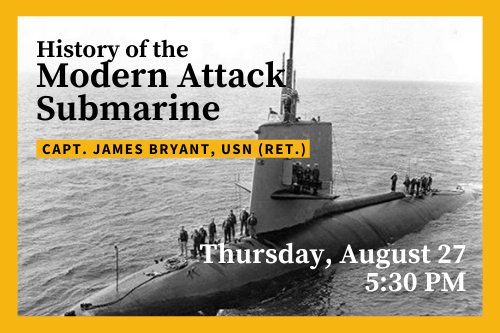 Join us for a Living Room Lecture by Captain Jim Bryant, U.S. Navy (Retired) on the evolution of the modern attack submarine from 1941 to 1961. In 1941 submarines became sophisticated weapons of war, but were still a torpedo boat that could only submerge for short periods of time to avoid attack. Over the next 20 years, with a changing shape and development of sensors, submarines became quieter, faster, and operated at increased depths. These significant improvements resulted in the THRESHER Class submarine, the template for all modern nuclear submarines. This virtual event will be held via Zoom and is limited to 100 attendees. 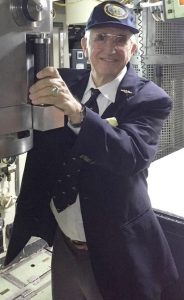 Captain Jim Bryant, U.S. Navy (Retired) received a Bachelor of Science degree from the U.S. Naval Academy and was commissioned an Ensign in 1971. Bryant was selected by Admiral Rickover for the naval nuclear propulsion training and subsequently served on five nuclear submarines that culminated with commanding USS GUARDFISH (SSN 612) from 1987-1990. Three of these submarines were homeported in San Diego, CA. During his 23-year career he participated in Cold War Missions in the Gulf of Aden; North, Norwegian, Bering and Arabian Seas, and the Seas of Japan and Okhotsk and assisted the Royal Navy during the Falklands War as a Staff Officer in London, UK. After a tour in the Pentagon he retired from the Navy in 1994 and started a small business. Bryant also researched the sinking of the nuclear submarines THRESHER and SCORPION.

In 2015 he returned to San Diego, took courses in Archeology and became a volunteer at the San Diego Archeological Center. His research on the loss of USS THRESHER (SN 593) found that the Navy’s version of the disaster is inaccurate and resulted in publications of several articles. In July 2019 he sued the Navy for information on THRESHER after his Freedom of Information Act request was ignored.

Please note: Tickets sales are through Blackbaud, one of our trusted vendors. Blackbaud was recently the target of a ransomware attack between February 7 and May 20, 2020. The cybercriminal did not access any of our constituents’ credit card information or passwords. However, if you would prefer to purchase a ticket by another means, please email dfarenga@sandiegoarchaeology.org. 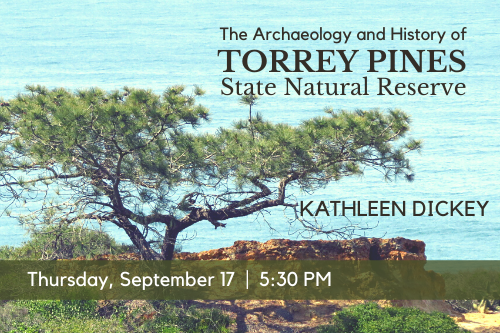 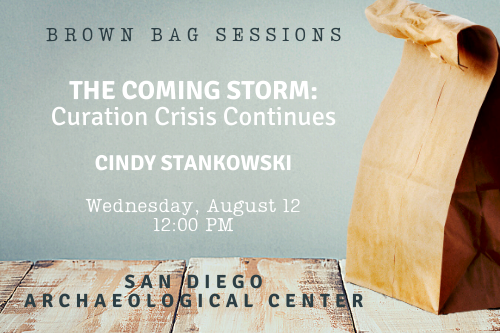