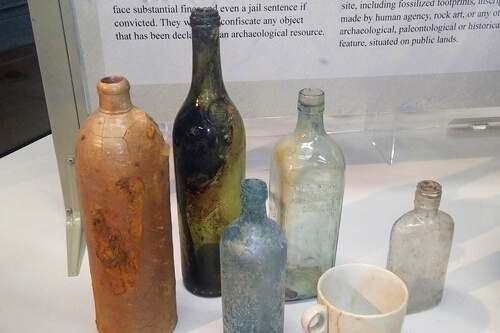 Thieves have been robbing historical sites for thousands of years. Many people think it is okay to take artifacts and ecofacts if they find them in the wild, but stealing and looting objects from archaeological sites is a crime. What you may have thought was harmless collecting takes away from the archaeological record. Political unrest in the Middle East, South America, and Africa have led to the destruction of archaeological sites at a faster rate than any other time in recorded history. The United States also has an issue related to the illicit international trade of looted pottery, stone tools, and even human remains. The removal of these cultural resources takes away context and archaeologists’ ability to uncover the past histories for many cultures.

Taking even one artifact from a site can be detrimental to understanding the complete picture that site may have told. Archaeologists depend on context, which is the relationship between all cultural resources and artifacts found at a site, and it is imperative to understand what occurred in the past. In 2009, federal agents investigated the looting and sale of Native American cultural resources. Operation Cerberus led to the arrest of 32 people and seizure of more than 40,000 objects. While the objects were found, it was unknown where they came from, and therefore, their historical significance and context was forever lost. In addition to losing context, taking cultural resources also robs the descendants of the indigenous and native peoples that made them.

Some of the laws that help to protect cultural resources and artifacts are:

ARPA forbids any sales, purchase, exchange, transport, or receipt of cultural material from Federal or Native lands. Those who violate this law face substantial fines and jail time.

This law states that no person shall knowingly and willfully excavate upon, or remove, destroy, injure, or deface any historic or prehistoric ruins, burial grounds, archaeological or vertebrate paleontological site, including fossilized footprints, inscriptions made by human agency, rock art, or any other archaeological, paleontological, or historical feature, situated on public lands.

NAGPRA requires that indigenous tribes or Native Hawaiian organizations be consulted whenever archeological investigations encounter, or are expected to encounter, Native American cultural items or when such items are unexpectedly discovered on Federal or tribal lands.

What do you do if you come across cultural resources or artifacts? If you are at a park or monument, tell a ranger or other responsible entity. If the object is obvious and at risk of being stolen, conceal it by hiding it nearby. The ranger or park entity will know what to do next.

It is important to respect Native American cultures and the resources that their ancestors left behind. Educate yourself about the indigenous cultures in your are, and find out more about the land you are occupying. Take what you learn and educate your friends and family. If you encounter looting or the sale of resources or artifacts, notify the authorities. 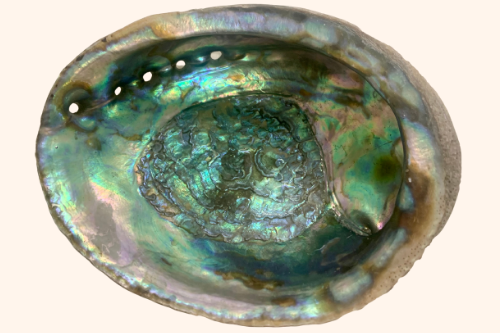