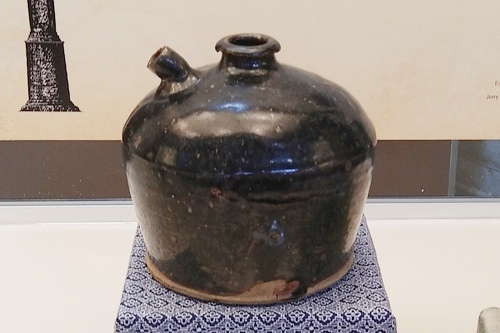 While they worked and lived in traditional American fashion, each immigrant group maintained ties to their own community. The variety of other artifacts found a the site give a glimpse into the reality of assimilation for immigrants and ethnic minorities. Chinese immigrants incorporated the traditions of their own culture into their new lives. Brownware jars, such as this soy sauce jug, that were used to import food show that they maintained ties to their homeland.

From Inside the Vaults: Emergency Preparedness Planning