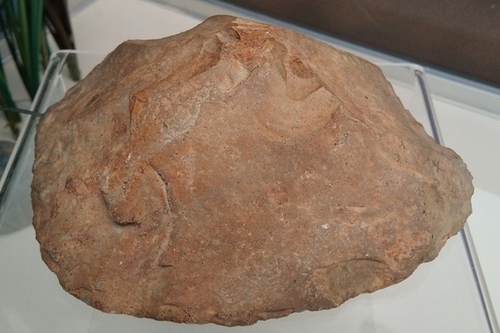 Just about everything we know about the people of the Early Holocene is based on stone tools found at archaeological sites. The people most likely had tools made of wood or bone, but these softer materials have disappeared over time.

Scrapers were an important tool during the early Holocene. They could be used to skin animals, scrape the bark off a branch to make a spear handle, or cut meat.

Artifact of the Week: Biface