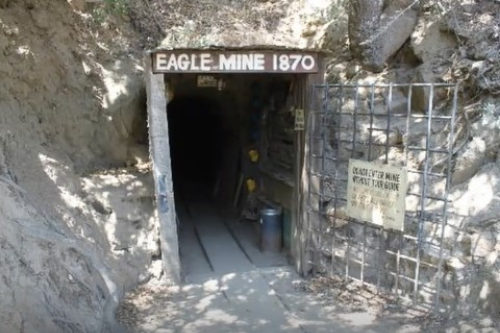 Historical archaeology connects places, things, and issues from the past or present using not only what is found during an excavation, but also written records and oral traditions that then help inform and contextualize cultural materials.

During the spring of 2021, Palomar College students in Professor Betsy Pain’s Anthropology 225 class created videos that can be used as comparative or reference collection guide, which are useful for educational and research purposes. This video series highlights different types of historic artifacts for which students compiled research. If you have any questions about these artifacts or topics, please email collections@sandiegoarchaeology.org.

A History of Headlamps

The luxury of modern electricity was not available to miners in the 19th century. Many of us take this luxury for granted! Imagine how it would have felt to complete your workday only by the light of a dim candle or oil lamp, during an 8-to-10-hour shift.

The history of headlamps used by miners was slow to adapt. From 1700 to 1850, candle holders were used as the only source of light. From 1850 to 1900 oil headlamps and lanterns were used, followed by carbide lanterns from 1900 to 1920. It wasn’t until 1915 that electric headlamps, still used today, were finally introduced.

When candles were replaced by oil headlamps, there was a brighter light output and longer lasting flame. They did have drawbacks though, as oil headlamps had a heavier soot output. Carbide headlamps became popular once they were introduced, because their intended light output could be controlled (dimmed, brightened, etc.) They were lighter to wear and produced a cleaner burnout than the soot created by the oil headlamp. Thomas Edison invented the first electric headlamp in 1915 and the product has remained essentially the same, a battery powered lamp worn on the head to light the way.

This is an example of a candle holder method. They were designed with various shapes and sized but the most common had a small stake that was pushed into the bottom of the candle to hold into place. Clearly having open flames in mines had its dangers. They could easily light coal dust on fire and ignite pockets of gas within the mine. This led to many deaths (as did the carbide, oil lamps, and even incandescent light bulbs) adding to the already dangerous profession of being a miner.

Oil lanterns contained wicks (like candles) that would draw oil and lard to the top of the container which produced the flame. There was usually a handle (as seen in this photograph) so that miners were able to hold on to or hang the lamp nearby where they were working. These types of lamps were typically made from metal, unlike oil lamps used in residential settings that were usually made of glass, due to their durability.

Carbide lamps (or acetylene gas lamps) have two vessels that work together to create light. The top one contains water, which drops into the lower vessel containing calcium carbide. Once the calcium carbide becomes wet, a chemical reaction occurs creating flammable gas that travels upward into the burner, where it emits a bright light.

Since their creation in 1915, electric headlamps have used the same components. To successfully produce light, electric headlamps use batteries, wires, and bulbs. The older headlamps used alkaline batteries, whereas the more current use lead acid. Older models had battery packs that would be mounted on a belt. Wires lead from the batteries to the back to the back of the bulb. Older wires would have been wrapped in braided cloth. As with many electronics, incandescent light bulbs were used frequently and have a thick filament (the older the larger). Modern headlamp models use LED lights, as do many other electronics of today.

In San Diego County, there are 501 mines located with resources ranging in metals, gems, and gold. The gold rush mainly occurred in Northern California but mining in the South also took place and continued through the 21st century. Eagle Mine in Julian was part of a network that contained more than 200 gold mines which opened in east San Diego County after the Civil War.

Enjoy this informative video to learn more about mining helmets and artificial lighting techniques in historic Southern California. Come back next month to learn about historic horseshoes and blacksmithing in San Diego! 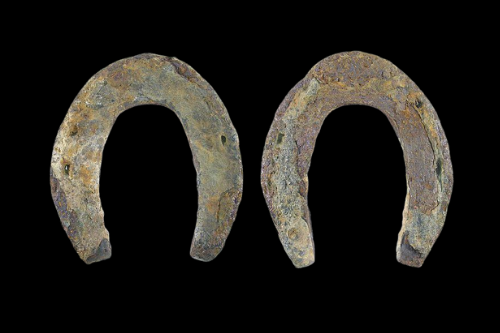 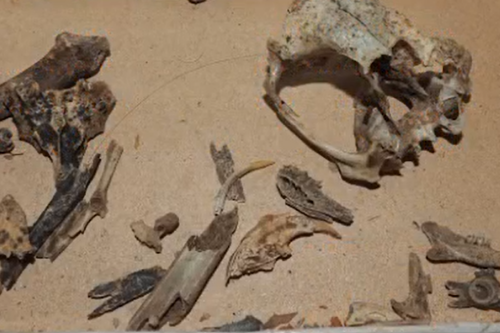 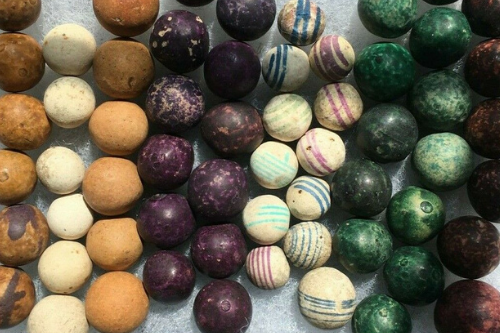