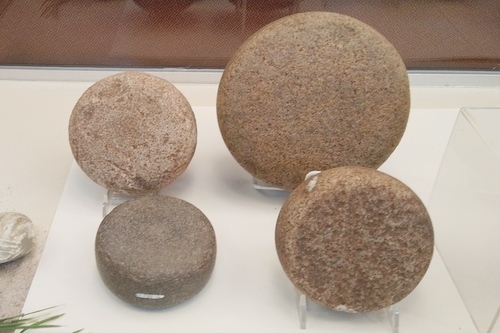 These almost perfectly round tools indicate sophisticated technology. The exact use of these tools is unknown, although suggestions have included games, ceremonial uses, and weights. They do not appear to have been used for grinding foodstuffs or other material. They are found in Middle Holocene sites in coastal areas from Ventura into Baja.

From Inside the Vaults: Pest Management

Artifact of the Week: Scrapers and Choppers