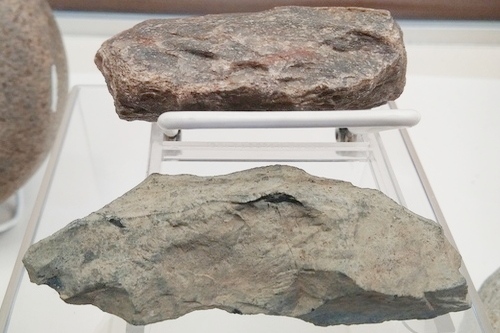 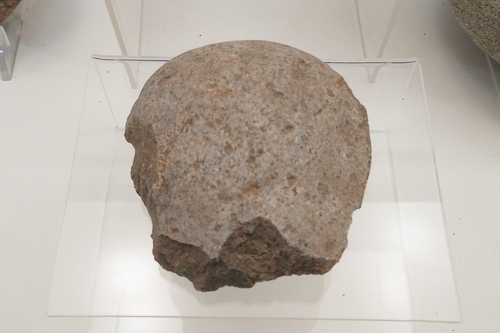 During the Middle Holocene, local inhabitants heavily utilized coastal resources. Scrapers and choppers were very useful tools for processing shellfish, cutting wood, and smashing animal bone. Most stone choppers and scrapers from the La Jolla Tradition are made of quartzite.

Archaeologists have discovered a large variety of shellfish and fish species at Middle Holocene sites. These sites usually contain large shell middens, or waste shell that inhabitants dumped into pits or natural holes away from living areas. Archaeologists learn a lot from shell middens, including the environment of the area at the time when people were collecting and eating shellfish and what species were available.

Artifact of the Week: Discoidal

Artifact of the Week: Stone Bowls