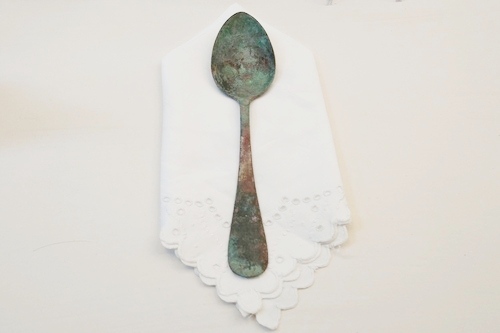 This nickel silver spoon was manufactured by Rogers Co. This pattern, called plain, was available through the Sears and Roebuck catalog.

Archaeologists recovered this spoon from Block 112 in Downtown San Diego. The promise of growth resulting from a connection to the railroad attracted white and African-American citizens from other states as well as a wide variety of immigrants. In 1870, the population of San Diego was 2,300. By 1886, it had risen to 12,000. A mere two years later the population more than tripled, reaching 40,000.

Artifact of the Week: Semi-Porcelain Bowl