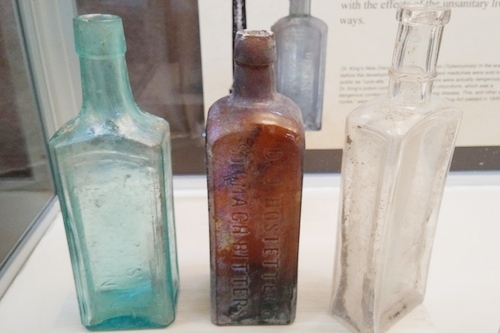 Dr. J. Hostetter’s Stomach Bitters emerged on the market in 1853 and sold as a medicinal tonic. Hostetter insisted that his secret formula gained its potency from its herbal ingredients – the 47 percent alcohol was simply the best vehicle to deliver the remedy.

“Just one bottle creates an appetite, forces off impure bile, and purifies the system.” – From an 1856 newspaper ad. But is one was good, two were better. “Two bottles cures bad livers and lends strength and cheerfulness.”