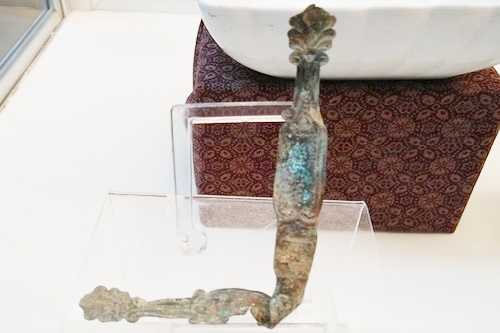 These silver plated sugar tongs were manufactured by Ingersoll. Archaeologists recovered them from an excavation of Block 112, a section of Downtown San Diego that housed a working class population during the late Victorian period (c. 1880-1915).

This small section of San Diego reflected the same urban diversity that was typical of large Eastern cities, such as New York. Of the 50 residents, 16 were white or African American citizens. The other 34 were immigrants and ethnic minorities – Chinese laundrymen, a Mexican mill hand, a French gunsmith, a German day-laborer, a Welsh musician, a Japanese lunch man, and an Irish baker.

Artifact of the Week: Semi-Porcelain Bowl