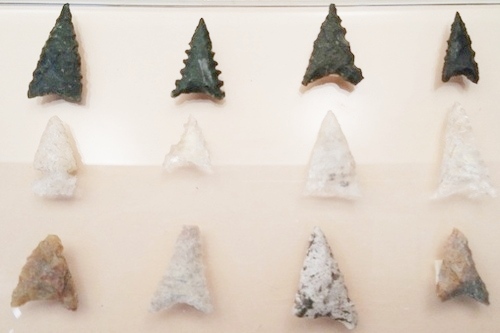 Bow and arrow technology were introduced to the region during the Late Holocene. During this period, the people of the Late Prehistoric Tradition hunted small game with the bow and arrow.

Almost all archaeological theories about San Diego’s early history are based on the types and frequency of artifacts found in the archaeological record. When archaeologists find certain artifacts in association with other artifacts consistently, we call this an assemblage. Since we do not know what these ancient peoples called themselves or what language they spoke, we tend to attach labels to assemblages to identify them. Assemblages can be placed in time and may become known as cultural periods, such as the Late Prehistoric.

Artifact of the Week: Beads and Pendants

Artifact of the Week: Shaft Straightener